All in all, this year saw less painted stuff than 2016 - 994 things. The vast majority (943 of them) was 28mm figs, which is a change from last year's 15mm domination. The year can most be summarized with the return of Warhammer 40k. The "new" edition has a lot of local players returning to the game, so I figured I'll follow suit. 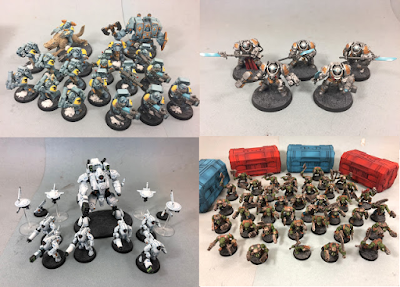 I painted up several thousand points each of Space Wolves, Orks, Tyranids, Genestealer Cults, Salamanders, Ad Mech, and Death Korps of Krieg, as well as small detachments of Grey Knights and Tau. 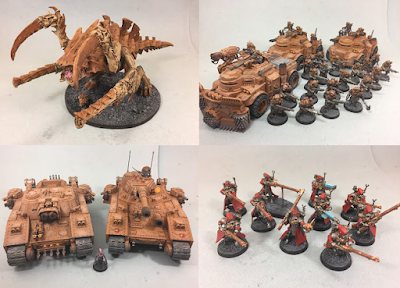 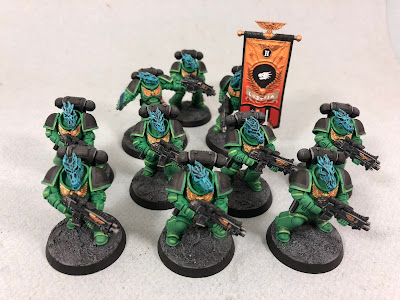 I also finished this massive Eldar Phantom Titan I started years ago. 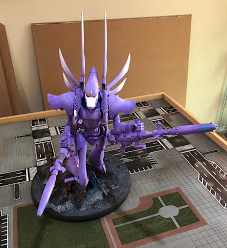 On the Age of Sigmar front, I painted up Kharadon Overlords and Stormcast Eternals, as well as expanded my Sylvaneth and Ironjawz. 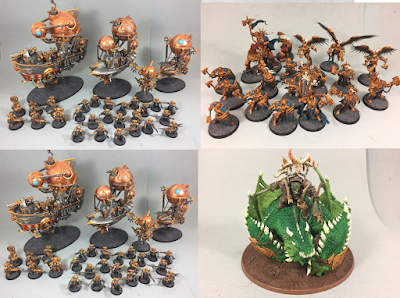 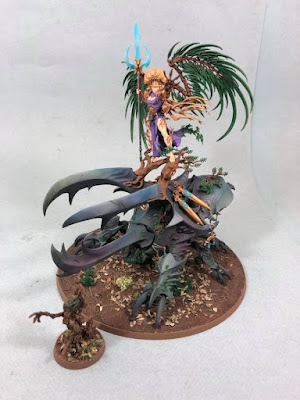 2017 saw a lot of Malifaux, but it did start to taper off after the new 40k released midsummer. I pretty much finished off the entire Neverborn and Arcanists factions, as well as started Guild, Rezzers, and Outcasts. 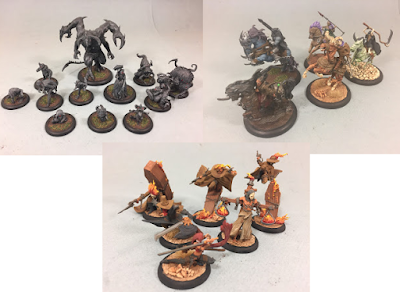 I jumped back into Infinity, although I've only played it a few times. Picked up about 300 pts of USAriadna, as well as a whole new table of terrain from Muse on Minis. 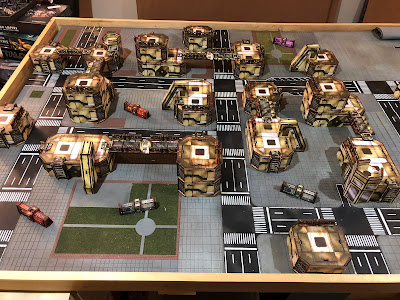 Historical gaming dropped off pretty drastically this year. I did not buy or paint a single By Fire and Sword model, nor play a game, due to lack of local interest. Battlegroup continued at a trickle - I probably only played half a dozen games, and most of those were demos. I painted up a small amount of desert stuff for Tobruk. I did buy into a pirate game, "Blood and Plunder" in a pretty big way, although that didn't get much traction either and probably only yielded another half dozen games. 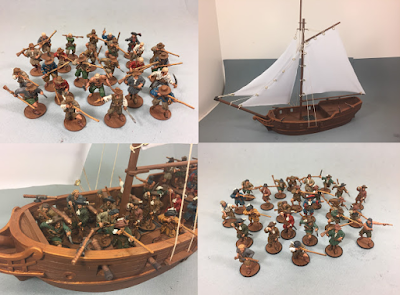 On the "failed games" front, I painted up another faction for Dystopian Wars (still yet to play a game), and two factions for Runewars (played exactly twice). 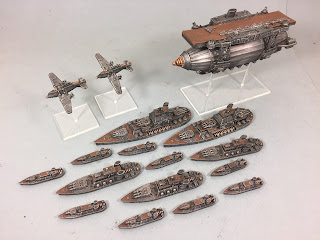 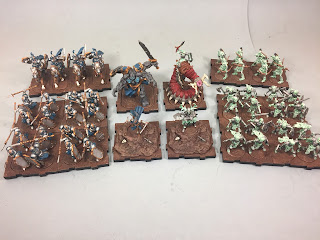 On the board games front, I painted up Aetherium, all four Shadespire crews, and a Necromunda gang. Also on the topic of board games, I picked up Too Many Bones this year at GenCon, and its become a massive favorite of mine, but alas, no minis to paint. 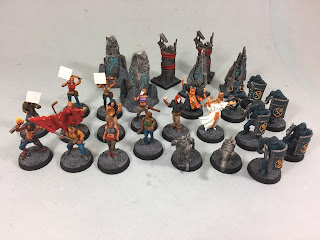 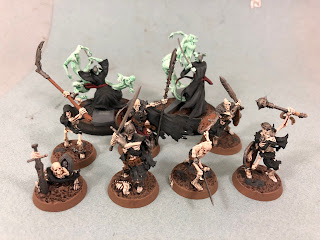 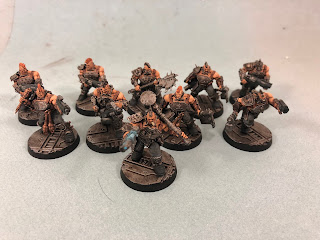 On the travel front, I attend my final Historicon, as I no longer will make the trip with it not being local. I attended GenCon and NOVA Open, which will remain on my radar. I didn't make it out to the Las Vegas Open this year, (and 2018 doesn't look likely either), but would like to get it back in the rotation soon.

Finally, sometime around September, my phone decided to quit syncing with my computer, making uploading pictures to the blog quite laborious, hence the past couple months have been batch uploads. While I do post pictures to Facebook rather frequently, the difficulty in uploading to the blog means I'll probably post a lot less content here in future.

Email ThisBlogThis!Share to TwitterShare to FacebookShare to Pinterest
Labels: 2017, Year in Review